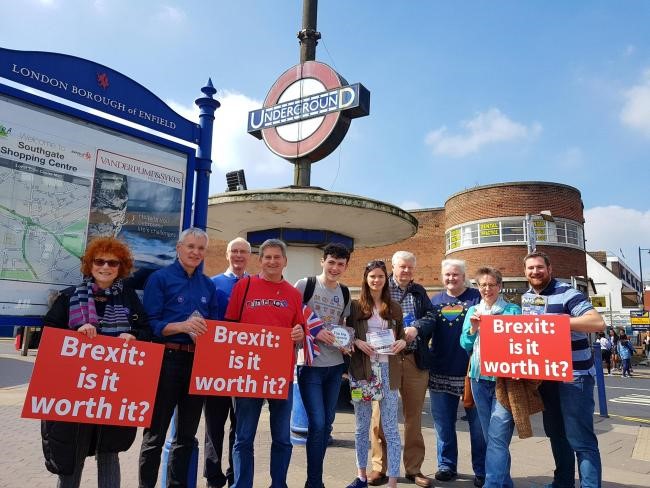 Enfield Liberal Democrats came out in force to support cross party group Enfield for Europe in their campaign to give us a vote on the final deal. As the Government's position looks to head us towards ad ruinous hard Brexit the decision is too important to leave to the politicians. The Borough of Enfield voted in favour of remain and this doesn't look like a Brexit that works for everyone.

The Liberal Democrats are proud to once again stand with our friends in Enfield for Europe to campaign to give YOU the final say.