Only a few days into ultra-Brexiter Boris Johnson’s premiership, Liberal Democrat candidate for London Mayor Siobhan Benita took to the stage at the Dugdale Centre in Enfield Town on Friday night to address the concerns of local residents as to what Brexit might mean for them in London’s northern-most Borough.

At a public meeting organised by Enfield for Europe, a non-partisan pro-EU local grouping; Siobhan was a keynote speaker addressing the Enfield audience on the subject of Brexit and what it could mean for the local community. Sharing a platform with outspoken Remainer Lord Adonis – Siobhan set out the unequivocally pro-Remain position of the Liberal Democrats, the same position which saw the Party win the popular vote across London in the recent European election.

Speaking at the event on Friday, Siobhan said “Any form of Brexit will damage London’s standing in the world and significantly diminish the opportunities available to hard-working Londoners in places like Enfield.

“This Tory Government’s reckless pursuit of Brexit at any cost poses an enormous threat to Londoners in Enfield and beyond, and is being propped up by Labour’s disingenuous fence-sitting on the biggest issue of our time.

“As the recent European Elections clearly showed, the Liberal Democrats are the only party representing London’s values and opposition to Brexit.”

Chair of Enfield Liberal Democrats Dave Mitchell, who attended the event, said on Friday: “We’re delighted to have Siobhan here in Enfield to talk to residents on the subject of Brexit. Not only is our place in the EU a major concern for local people – with Enfield overwhelmingly voting to Remain in the 2016 referendum – but Enfield voters are increasingly turning to the Liberal Democrats as a viable alternative to their old party allegiances.

“In the recent EU elections, not only did the Lib Dems top the poll in London – making Siobhan Benita a real contender for the London Mayorality – but we actually won the election in Enfield Southgate, beating Corbyn’s Labour into second place in the constituency which was once famously lost to them by Michael Portillo.

“As our new Leader Jo Swinson has said this week, there should be no limit to Lib Dem ambition. So, not only are Enfield Lib Dems fighting to elect the first ever woman to be Mayor of London next year, but we’re gearing up to take the Southgate constituency in a snap General Election too!” 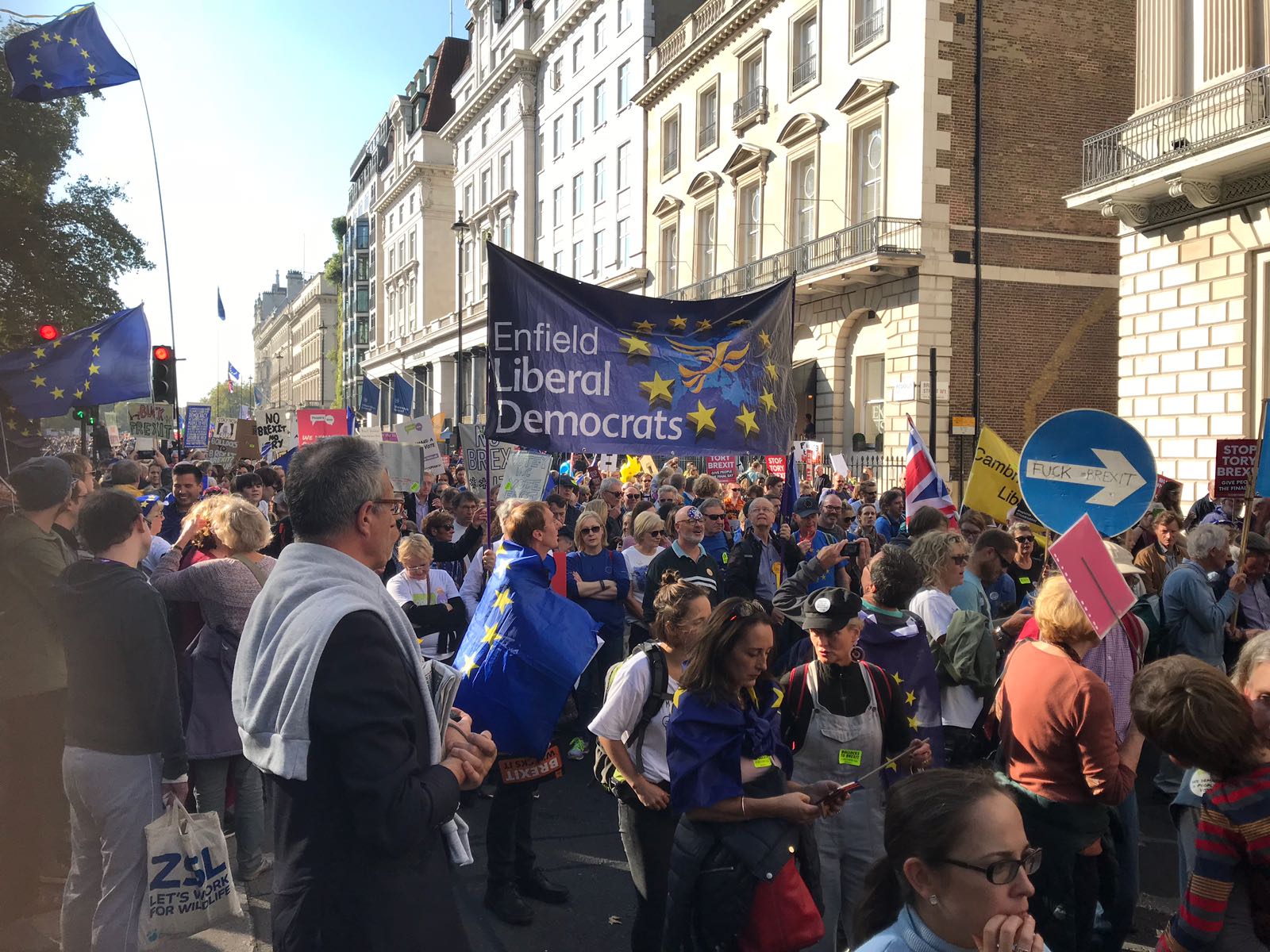 Enfield Lib Dems marching for a People's Vote on Brexit