It's Time for a People's Vote

Theresa May has unveiled her Brexit deal, and, as expected, it is a disaster.

It hasn’t got the votes to pass in Parliament, with ministers resigning one after another and MPs from both sides coming out in opposition. It’s going to be another sorry chapter in the Brexit chaos and Westminster infighting that we’ve seen since the referendum.

The deal doesn’t meet the promises made by the Leave campaign - no extra money for the NHS, and we’re losing control, regulatory influence, and international power rather than gaining it. It’ll weaken rather than strengthen our democracy. The deal’s answers to the key questions about our country’s future are worryingly vague. It’s not good for jobs, the economy, Enfield, or the United Kingdom. 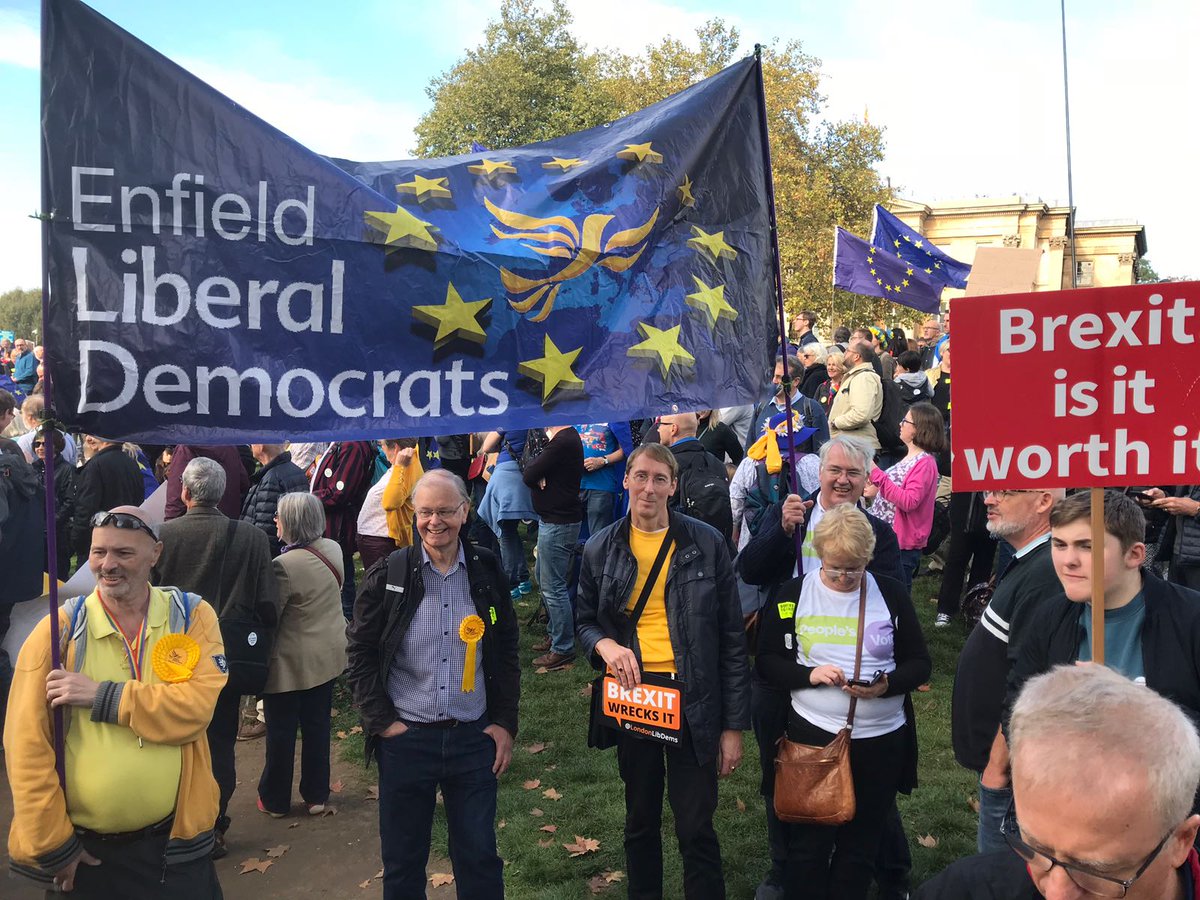 And now is a critical moment. We can make the government take this question back to the people, and demand a People’s Vote with the option of exiting from Brexit.

We can all play a role in this campaign. Something everybody can do is write to your local MP - all three of Enfield’s MPs can be a crucial vote for a People’s Vote, and they need to hear from local residents like you to know how strong the public feeling is.

And if you want to join the most consistently anti-Brexit party, join us. Contact us at [email protected] to find out how to get involved in local campaigns.