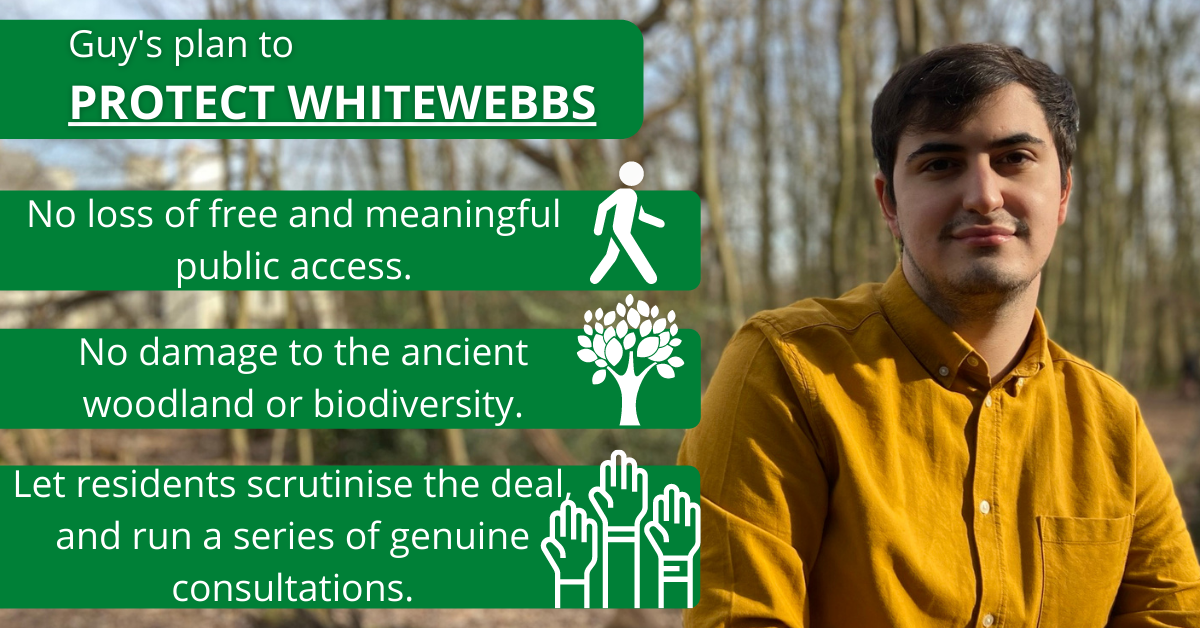 Enfield Labour are leasing Whitewebbs to private developers. Guy is fighting to protect our park.

At every stage they have kept locals in the dark about it. Almost eighteen months since the start of the process, the Council still won’t tell us who is bidding for control of Whitewebbs.

This is classic Enfield Labour, not listening to residents’ concerns, keeping us in the dark and barely doing the bare minimum required of them.

Guy is standing up for Whitewebbs by demanding that any development:

Guy is, like most of us, fed up with a Council that doesn’t consult residents properly.

He is calling on the Council to stop ignoring the community by:

“This issue gets at the heart of why Enfield Labour don’t represent us anymore. As a liberal I believe in proper local democracy that listens and will fight to make it a reality in Chase.”

If you agree, vote Guy Russo on May 6th to make sure your voice is heard at the Civic Centre.