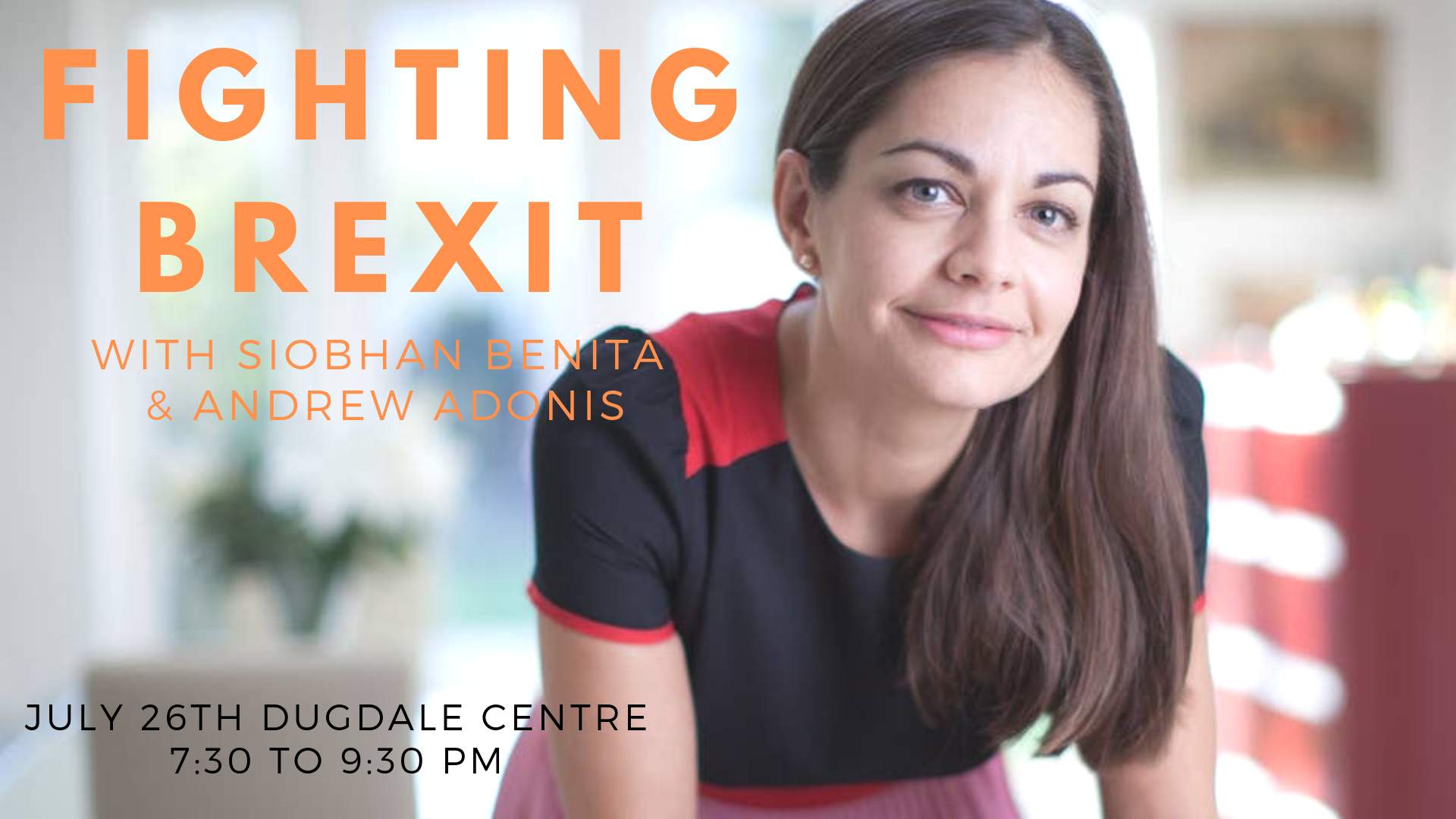 Andrew Adonis and Siobhan Benita will give talks on Brexit, followed by a Q&A and discussion

Siobhan Benita is the Liberal Democrat candidate for Mayor of London. She is passionately opposed to Brexit and is dismayed at the increasing influence of the extreme factions of both the Conservative and Labour parties. She believes that now it is time for people who support moderate, sensible and honest politics to come together in a coordinated manner.

Andrew Adonis is a Labour Lord, academic, journalist and Former Chair of the National Infrastructure Commission, Transport Secretary and Schools Minister. Following the 2016 referendum he became a key campaigner for a People's vote.