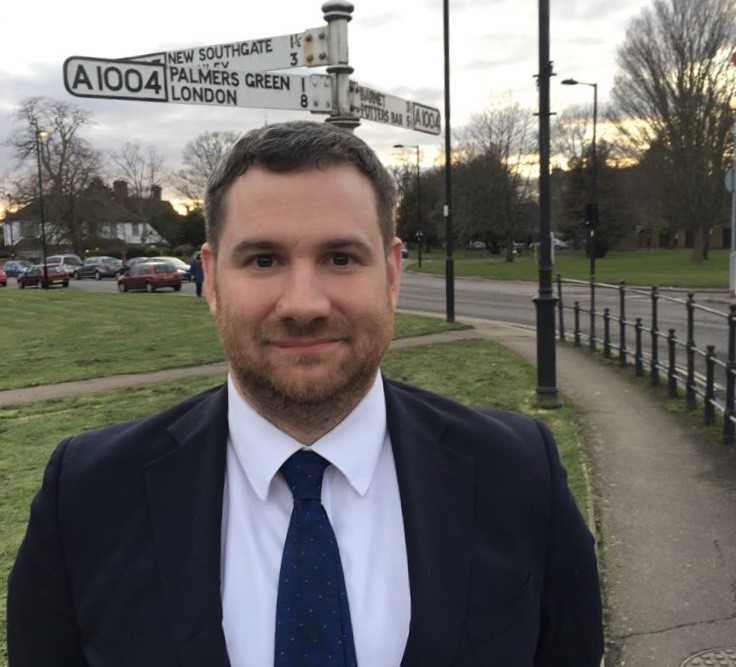 David was born in Edmonton and spent his childhood in Bush Hill Park.  He later moved to Highands ward and attended Enfield Grammar School. David now lives in Oakwood and is a regular user of Enfield's beautiful Trent Park. He works in central London in the capital's world leading financial services sector.

"I feel strongly that Enfield is a heartland of Liberal values: vibrant, entrepreneurial and diverse - a community with a big social conscience and history of innovation. I got involved locally to reflect that spirit and to speak out for those under-represented in the borough. Since then, I have met so many inspirational residents in the borough I feel compelled to support."

"I never planned to get involved in local politics but after recent events I decided that the other two parties had stopped speaking for me and the vast majority of ordinary people in the borough. I am convinced that Enfield is overdue something new and the Liberal Democrats are the answer to that need. I decided to stop despairing at the lack of a party acceptable to my conscience in the borough I love and do something about it. I have set about building the Enfield Liberal Democrats into a real option for every resident to believe in. I urge you all to give us your votes on 3 May 2018 to help me achieve this goal and give Enfield a brighter future."