Brexit will inflict serious staff shortages on the NHS creating a £265m bill to re-hire doctors and nurses from the EU after 2019, research by the Liberal Democrats has revealed. 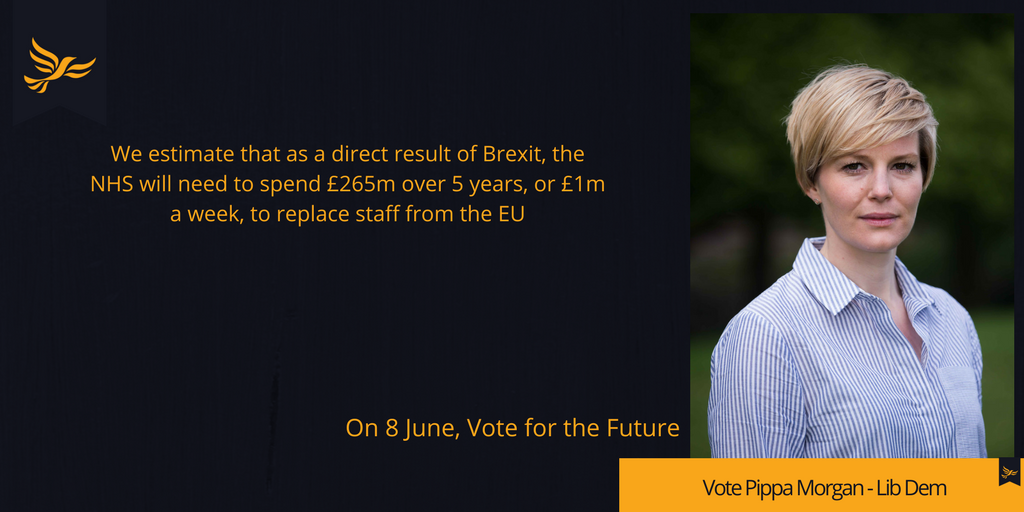 Survey data suggests up to 26,500 members of NHS staff from the EU could leave the UK as a direct result of Brexit, while the number of EU nationals registering as nurses in the UK has already fallen by 90% since the referendum.

"The Leave campaign promised that exiting the EU would free up £350m a week for the NHS. It’s long been clear this was a lie, and now we know that Theresa May’s choice of an extreme Brexit will in fact place yet more financial demands on a health service already under considerable strain.

“The NHS is heavily dependent on doctors, nurses and other support staff from the EU, many of whom are now planning to leave the country because their rights have not been guaranteed.

"These are skilled and hard-working people, who all work tirelessly to look after all of us. Our NHS, and the care we all rely on, will suffer without them.

“It will cost the NHS around £265m to bring in EU staff to fill these jobs over the next 5 years, a wholly unnecessary burden at a time when the NHS is being asked to make dramatic efficiency savings.

“This is just the tip of the iceberg. We already know the government is borrowing an additional £15bn a year as a direct result of the EU referendum - money which could otherwise be spent directly on the NHS.

"The NHS is far too precious to be damaged by Theresa May’s decision to pursue a UKIP-style Brexit.

"The Liberal Democrats will stand up to Theresa May's extreme Brexit and give the people the final say, with the choice to remain in the European Union if they don't like the deal on offer."