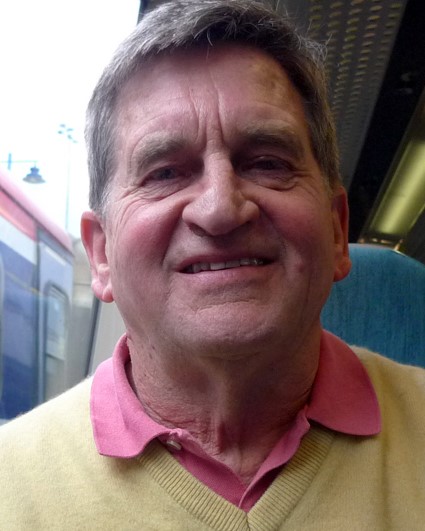 I moved to Southgate Green when I married Joan in 2015.

I had not been active in politics since leaving Windsor in 2002. I was prompted to contact the local party following the result of the Brexit referendum. Although I personally voted to remain, I had not campaigned and feel that, not only myself, but much of the country sleep walked into it not anticipating the result.

Brexit isn’t a done deal. It is also a local issue as the borough stands to lose millions of pounds in EU funding. I believe the country will be poorer which will also have an effect on Enfield Borough funding. I believe that we should be in the EU to maintain peace in Europe and to work together with our closest neighbours in research, education, culture and commerce. I have lived my whole life in a largely peaceful Europe and I would like my sons to be able to say the same. My wife is Irish. She and her family in Ireland are very worried that Brexit may reignite the divide in Ireland.

Electing as many Liberal Democrat councillors as possible on May 3 will signal to the Tory Government and complacent Labour that we won’t accept the damage that leaving the EU will do to local services.

As you will see from above, I have a lot of experience as a councillor most of the time in authorities under Lib Dem control. Although involved in big decisions, the most satisfaction I found from being a councillor was in resolving issues for local people, getting a new crossing installed, helping parents in appeals to schools and so may other seemingly minor issues but so important on a personal level.

As your councillor I would take a special interest in education. My grandchildren attend Walker School and I know the pressures on primary places in Southgate Green. I would campaign for the power to build schools to be put back in the hands of the local authorities so that they can best respond to the needs in the borough, not just hope an academy or free school is built. I would also push for developer funding to be spent in Southgate Green not disappear to be spent elsewhere.